Established in 1992 under the aegis of the College of Arts and Sciences, the Institute for German Cultural Studies is a research-oriented initiative designed both to recognize extraordinary cross-disciplinary strengths in the study of German culture at Cornell University and to foster cutting-edge scholarly exchange pertaining to the interdisciplinary study of German culture from the medieval era to the present. 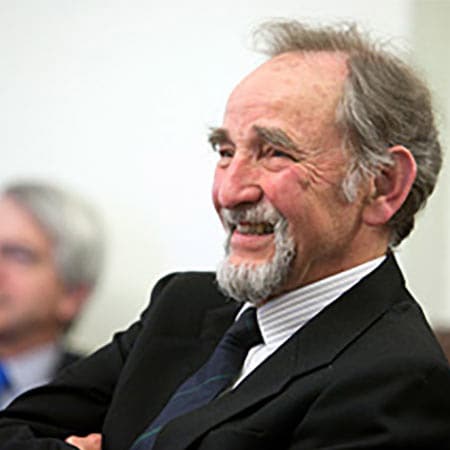 The Institute for German Cultural Studies owes its existence to the intellectual vision of its founding director, Peter Uwe Hohendahl, Cornell University’s Jacob Gould Schurman Professor of German and Comparative Literature. Under his dynamic leadership, the Institute made its mark as a premier venue, both within Cornell University and in the interdisciplinary field of German Studies more generally, for the critical study of German-speaking cultures from the medieval period to the present. Thanks to the founding director’s foresight and dedication, what began in 1992 as an innovative attempt to overcome traditional disciplinary divisions within our home institution has become an indispensable feature of rigorous inter- and trans-disciplinary inquiry in the College of Arts and Sciences and beyond.

An extraordinary record of individual scholarship has likewise accompanied this colleague’s countless accomplishments on behalf of the Institute for German Cultural Studies. For this distinguished record—which includes expertise in 18th- to 20th-century German literature, intellectual history, critical theory, and the history of the university in Europe and the United States—Peter Uwe Hohendahl was named to the American Academy of Arts and Sciences in 2003 and awarded the Alexander von Humboldt Research Prize for Humanists in 2005. In 1997 the founding director of the IGCS formulated this mission statement, which reflects on the first five years of Institute programming and highlights many commitments that continue to characterize the Institute for German Cultural Studies today.

View all events
FEB 15Hate in the Homeland: The New Global Far Right Hate crimes. Misinformation and conspiracy theories. Foiled white-supremacist plots. The signs of growing far-right extremism are all around us, and communities around the globe are struggling to...